[Theme of this lssue] Museum R&D: the Undefined Context and the Future Art Ecosystem

In 2013, Ben Vickers and Hans Ulrich Obrist met through a project called “P2P Art Collection” and discussed how the emerging complexity theory, networks and technology could have transformative effects on the art world. Seven years later, the Serpentine Gallery in London launched a R&D platform, aiming to establish an in-house research and development system within the gallery, and published a research report titled “Future Art Ecosystems” for the institutions at the intersection of art and technology. While the incubator model continued to thrive on the East Coast of America that is across the Atlantic, the R&D model quietly appeared at one of the eldest contemporary art institutions, and Ben Vickers serves as the technical director of the Serpentine Gallery. Interestingly, in the 1960s, Hans Ulrich Obrist once interviewed the icon of art and technology experiments — Billy Klüver from Bell Labs.

In the past two years, the well-known “media art institution” V2_Lab for Unstable Media celebrated its 35th birthday, and the annual Ars Electronica in Linz directly named its theme as “Midlife Crisis.” Over 30 years, the path of art and technology has been extensively written about, nevertheless, museums and contemporary art institutions now anticipate another round of discourses on the same topic and coincidentally picked up a “retrospective angle.” In 2016, the White Chapel hosted a large group show “Electronic Superhighway (2016-1966).” From 2018 to 2019, Whitney Museum curated the exhibition “Programmed: Rules, Codes, and Choreographies in Art, 1965–2018,” while MoMA presented “New Order Art and Technology in the Twenty-First Century.” The retrospection seems like progress towards the “official history,” solemn yet dangerous. In addition, the establishment of Serpentine Gallery’s R&D platform could symbolize another step forward for traditional art institutions—The only difference is that they hired Ben Vickers who is experienced in the tech industry as the CTO. 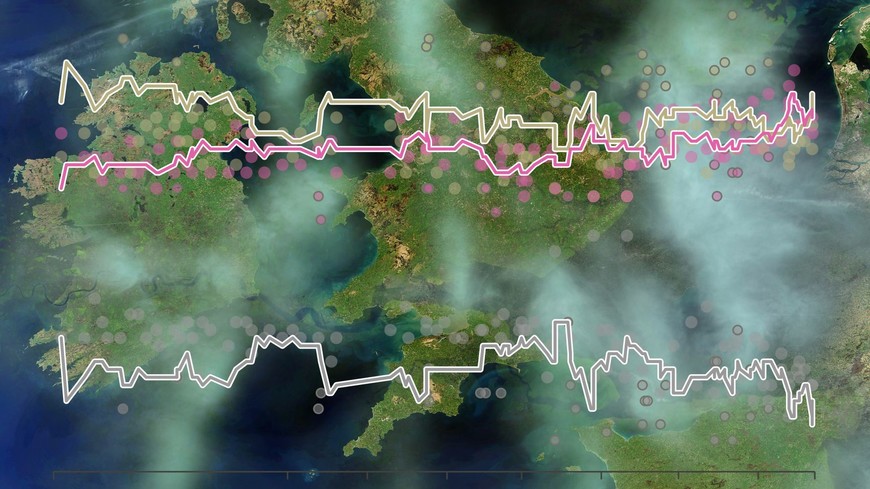 The Serpentine’s Research and Development Platform，©SerpentineGalleries。

Since Serpentine Gallery proposed the R&D concept, they published “Future Art Ecosystems,” tried to use three chapters—“Art x Advanced Technology,” “Infrastructure for AxAT,” and “Strategies for an Art-Industrial Revolution”— to develop a panoramic study of the systemic support for art and technology, and provided consultation and reference for traditional institutions interested in art and technology (see details in the author's interview with Ben Vickers). In this report, the idea of “Infrastructural Plays” was repeatedly mentioned: “A museum may buy equipment to host an AI project, a tech company may announce an open call for artistic collaborations, and an artists’ studio may launch a digital product.” Equipment, products, and ideas have established more interchangeable relationships among art institutions, tech companies, and individuals. The report also points out an obvious fact: the tech industry is becoming an art patron. This undoubtedly raises extensive questions regarding the preference capital (whether the tech companies intend to borrow the narratives of art to promote products and tools, and thus to control the discourse on technology). But, it could also represent a comeback of the corporate lab model. As the report mentions, the tech industry as patron actually expects art to play a more complex role rather than simply following the linear relationship of “early experiments - product development.” When looking back at Bell Labs, Andrew Odlyzko once commented that “Bell Labs was related to the market, thus forming a connection to practical issues, which is crucial. In fact, this was not a close relationship, therefore the researchers could undertake long-term projects.” The statement is also true in the context of art and technology: this type of creation needs to be engaged with “practical issues.” But more importantly, can they can study the long-term issues? This may help us to contemplate what kind of mechanisms are needed to support art and technology. 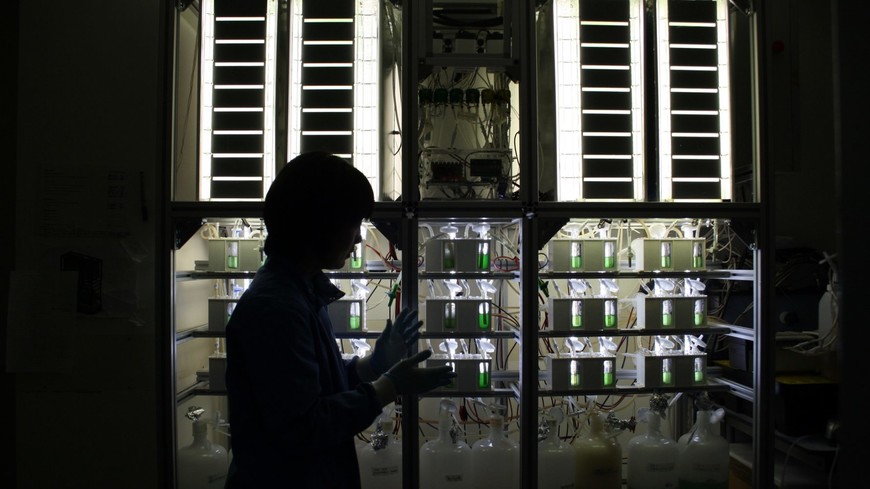 This is the third in a series of online conversations, emerging from the launch of the Future Art Ecosystems report which aims to make visible the invisible infrastructures and systems behind artist’s work. The report itself considers the future of art and technology from an infrastructural perspective.

The R&D platform of Serpentine Gallery serves as a responding mechanism and proposes some interesting perspectives. Ben Vickers does not shy away from pointing out their preference for advanced technologies, including AI, blockchain, and many others. Their vision is to intervene while these technologies are still under development, allowing artists to take part in the “shaping phase” rather than using it after full development. On the other hand, the R&D platform raises some questions that fit in the thinking of "long-term issue.” These issues are perhaps better described as “interdisciplinary" than as “art and technology”:

“What will the core values of cultural production be in 2050?”

“What can the “full stack” of the contemporary art production (i.e. all phases of a project’s development) teach arts organizations about innovation?”

“What preparation should be done for the art organizations to develop more meaningful and long-term relationships with other fields and seek answers for today’s most challenging questions?”

“How does the art field claim an active role in shaping future technologies to make  significant impacts on contemporary and future societies?”

From “the corporate lab” to “the incubator” and “R&D,” from the 1960s to the present, the mechanisms at the intersection of art and technology are constantly migrating along with different opportunities, contexts, and models. Due to the unique character of this field (the field of technology is always highly related to real life and social processes), it also intertwines with institutional entities called “the art system” and the practical tech industry, as well as the related policies and laws. The development of art and technology is a reflection of the growth of technology: from telecommunication and television media in the 1960s and 70s to the rise of the internet in the 1990s, and the new evolution of the computer industry and fundamental sciences in the 21st century. This field of research and creativity that is not yet fully “classicized" has been realistically embedded into our cognition: hyper-production, everything accelerated, media spectacle, and immersive technology, etc. Without illustrating cases of the artists and their works, this article attempts to compile [the knowledge of art and technology] from the perspectives of mechanisms and context. 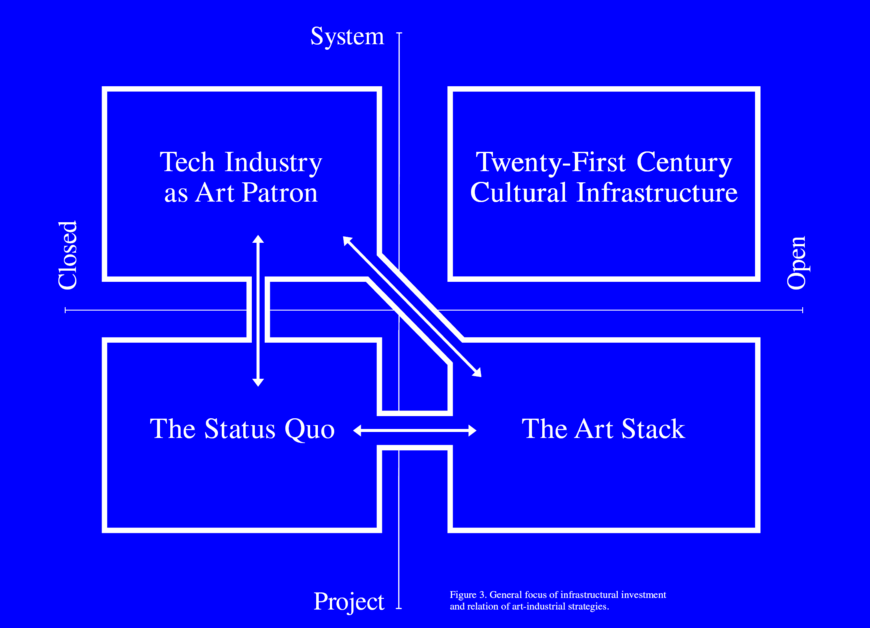 Future Art Ecosystems takes the shape of an annual strategic briefing for practitioners and organisations with an interest in the development of future art ecosystems.