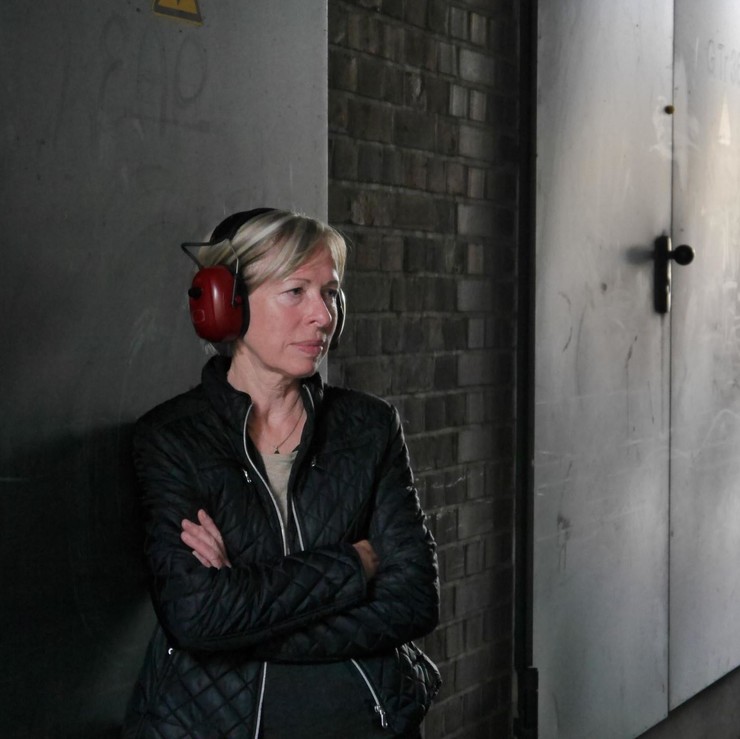 Christina Kubisch was born in Bremen, Germany in 1948. She studied painting, flute, music composition and electronic music in Hamburg, Graz, Zürich and Milano. After having worked as a flautist she started to perform her own pieces, often combined with video. Since the end of the seventies the artist has focused on site-specific sound installations and sound sculptures. Besides her many electroacoustic compositions she has written for instrumental ensembles and has produced numerous audio works for radio. From 1980-81 she studied electronics at the Technical Institute in Milan and from then on started to work with electromagnetic induction.

Christina Kubisch has been a visiting professor in Maastricht, Paris, Oxford and Berlin. From 1994 to 2013 she was professor for Audiovisual Art at the Academy of Fine Arts, Saarbrücken, where she founded and ran the department of Sound Art. Her music has been released by various labels. Since 1997 she is a member of the Akademie der Künste Berlin since 1997.

Christina Kubisch belongs to the first generation of sound artists. Since the end of the 1970s Kubisch has been working with the system of electromagnetic induction, which she developed from a basic scientific technique to an individual artistic tool. Since 1986 she has added light as an artistic element to her work with sound. In 2003 she started a new series of these works in public spaces, which trace the electro-magnetic fields of urban environments in the form of city walks.